Back in the days these planes where state of the art. Slick and powerful. Now they are just old and wonderful to watch.

We were on our way to Gore, where Christy has some neighbors-of-friends-of-friend-connections. It was early in the day and we were on the look-out for a nice café.That is when the Aviation Museum with the Moth Café showed up on the side of the road.

The museum shows some de Havilland planes, among them 2 Tiger-Moth (hence the name of the café next door) and some Dragonfly and a Fox Moth.

An old locomotive has been restored after they pulled it out of a river where it has been sunk to keep the river edges from eroding some decades earlier.

The most amazing part of this museum though is the fact, that the company that restored all these old planes is next door and you can just pop in and talk to the mechanics.

It is a building full of airplane parts and old-timers in different states of restoration. Rich people from all over the world have their beauties shipped here to get them restored.

It is a lot of fun to walk between the shelves full of dusty motors, airplane bodies and wing parts. The mechanics took their time and explained what they were working on and what the part was for. A dream for every pilot and aviation enthusiast.

An old locomotive. After it got replaced with Diesel trains they sunk her in the river to protect the river beds against erosion.

The wagon were restored as well….

Great details in the train. We could just climb all over it.

View out of the locomotive. I admit: I could not resist to do train noises. “tsch, tech, tsch, … tuuutuuu” Around stuff like this I always turn into a 10 year old boy…. 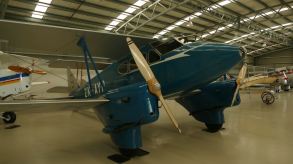 The de Havilland was popular here for short and rough landing strips. This model has a zipper on the belly to get easy access to lubricate the control levers. 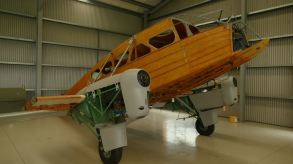 A Model in restauration. 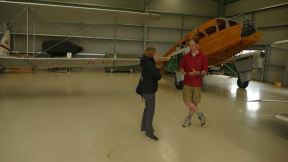 One of the mechanics we talked to….

Nice one: The passengers sit up front…

wings, all hand made. 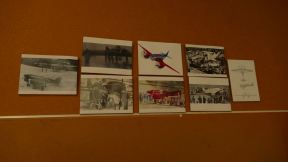 One of the models they work on. What a slick airplane.

He worked on Airplanes his whole life. 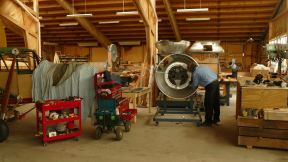 Here he is rebuilding the cowling of an old de Havilland of an American who crashed his beauty.

Body frame of another Tiger Moth 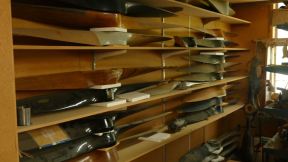 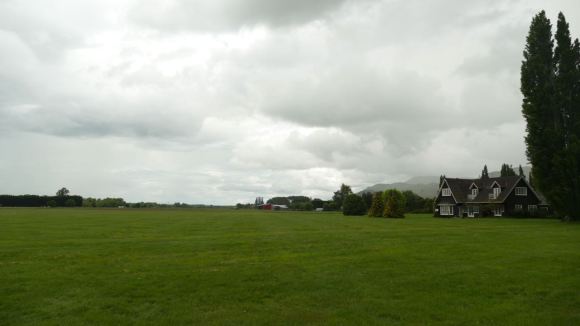 The airstrip…. just a flat piece of gras.